Ladies and Gentlemen, how nice it is to see you all here. If you are only looking at this in your reading feed then you should come over.

First of all welcome to the end of the year; my-oh-my has it flown by. There is a theory that our perception of time is based on memorable experiences; the more memorable experiences (good or bad) you have close together the more that period of time ‘feels’ slower. If this is true - shit is about to get slow

I have exciting news folks, not only have I made the big move in with my girlfriend, more to come on that later (not a euphemism), but it just so happens that today marks the launch of the 2014 Adelaide Fringe Festival...

You know… the largest arts festival in the southern hemisphere?

The second largest arts festival in the world; second only to the Edinburgh Fringe Festival…

To be honest I was expecting more of a response; I'll give you some more information then:

I'M DOING A SHOW! (I may be excited; just a little bit)

Translation: I am proud to announce that I will be performing stand up at the 2014 Adelaide Fringe.

You guys might remember a certain peanut butter nut by the name of Michael D’Agostino, well he and I decided to join forces and jump in the proverbial deep end and put a show together. The show is called “Mike and Rusty jump in the deep end”. At this stage Mike and I are excited and petrified, because as the name suggests we are really jumping into the deep end here. This is not a show we have been booked for, we are using our own money and backing ourselves; whether we win or lose can only be attributed to us.


Put pressure on yourself much?

Mike and I will be releasing stuff leading up to the shows, but for now you can buy tickets at FringeTix

Email ThisBlogThis!Share to TwitterShare to FacebookShare to Pinterest
Labels: 2014, Adelaide, Fringe, Stand up

10 things you should learn

In lieu of writing anything with substance, I give on to you another list. I know I have promised some more videos of some of my stand up, and they are coming, I am just waiting until I nail a performance and have good footage of it.

This list came about when I was lying in bed coughing my guts up last night. I am sick. I don't get sick very often but I am sick. SA has a public holiday on Monday, the Fringe Festival is in town (the second biggest arts festival in the world), I have new jokes to prepare for a gig coming up, and my body has decided on being sick. If I didn't know better I would think my body is being a jerk.

10 things I have learnt so far

I have not lived for very long, I'm closer to 30 than to 25, and in the grand scheme of things it is not very old (the Earth is 4.54 billion years for example, and still doesn't get health care), but here is a list of 10 things I have learned

Now that the world has exercised the cooling off period for the brand spanking new year, it looks like its here to stay. Merry new year people.

2012 proved to be an interesting year for me. Much was accomplished; I went back to Europe, I started my Masters in Project Management, I got some writing published, I've had the greatest increase in followers (mainly due to the awesome dudes at Dude Write), I have started my reign on Twitter, my stand up comedy is improving and I have started getting booked for gigs. 2012 was a great year, but I want more.

The GF and I were walking back to my car and discussing what we wanted to do this year. Her goals this year are very sensible and career orientated. I envy her ability to focus on one or two things, but if you can't set your sights to the sky, you will never find out what your limits are.

I don't believe in resolutions, I always prefer to set goals. Goals are better at measuring success, and can be tailored throughout the year if your situation changes. My goals for 2012 were

This year, I'm going to keep myself busy yet again.

Let's see what this year has install.

Email ThisBlogThis!Share to TwitterShare to FacebookShare to Pinterest
Labels: 2013, All Cracked Up, Goals


Hello people of the internets.

First up, my holiday to Europe was pretty awesome. Thank you so much to Pish Posh, Forever Conflicted, and Michael D’Agostino for looking after my blog while I was away. If you haven’t checked them out yet please do so.
During my absence I ran a competition for the best comments on each post to win a copy of my new book, as an added incentive to go back and check out the blog-sitters, I will extend the competition deadline. Check out the three guest posts and my favourite comment on each post will win a copy of “Tales from the Sleepy Dragon” containing a short story written by me.

The GF and I stopped over in Nice on our way to Italy. Nice is one of the larger cities in France, has a population well over 7 and lives on the coast of the Mediterranean Sea. It has busy shopping districts full of big brands, counterfeit big brands, and a fusion style cuisine influenced by it being a gateway to every country the Mediterranean Sea touches. Nice has sister cities all over the world, that it displays proudly on its chest, namely Edinburgh in Scotland, Huston in Texas, Miami in Florida and Cape Town in South Africa. If any of these sister cities has daughter cities let Nice know because they would like a nice niece city of Nice.

It is home to a stretch of beach full of men and women wearing fewer clothes than their age agrees with, and if this was Australia all of them would have died from skin cancer. Our sun doesn't mess around. It punches through the ozone here.

But that is where the problems started. Australia has nothing but coastline, and it is not unusual in the country to find a truly deserted beach where you are the only people within cooee (yes that’s a thing). You are however statistically unlikely to see a topless sun bather on our beaches, but you are likely to have sand. And I think sand is important in a beach scenario and would be one of the top two ingredients.

The concierge at the hotel recommended the beach, so both the GF and I had high expectations. We walked the intoxicating streets of Nice towards the coast. Days of travelling and trains was starting to get to us, and a dip in the ocean was on the cards.

Alas, the people of Nice need to raise their expectations of what constitutes a "nice beach". I like to have sand to lie on. The only sand on the main beach of Nice, was formed into tight, hard groups millions of years ago, something I think all geologist would agree, are known as rocks. The only sand about the place was in a patch near a bar, and you needed to rent it, and there is no way I can justify renting sand. The world is full of it for crying out loud! Why would you pay for something that is free everywhere else?

What's something someone has tried to sell you that is generally free?

Join me and some of the best bloggers on the the Internet. With 17 different authors you're guaranteed to find something you'll like. 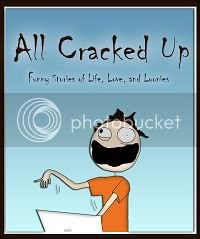